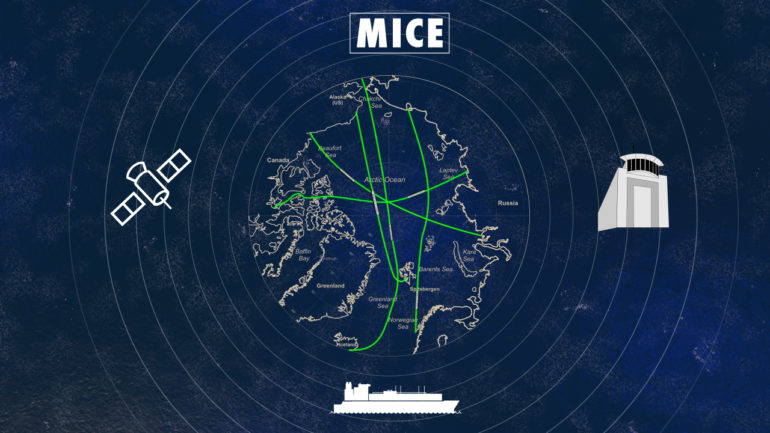 Sea Traffic Management offers a solution to the need for improved situational awareness in the Arctic region. Ships’ voyage plans are exchanged with the shore-based Sea Traffic Coordination Centre in a hand-shaking procedure. Changes can be suggested based on the latest information about weather, ice conditions or the ever changing needs and behavior of marine wildlife. Execution of the agreed voyage plan, called the Green Corridor, is then monitored in real time on shore.

Furthermore, the ship does not only send ashore information about its own position, course and speed. It also works as a local base station for monitoring surrounding ships, providing a high real time situational awareness on land – also in areas which are out of reach for regular AIS* base stations and radio communications.

The system uses low-orbiting satellites with global coverage for communication. Onboard installation is easy and economical on ships of any size. Bandwidth requirements and traffic costs are kept to a minimum through effective data filtering and compression.

MICE concept was successfully tested on the Swedish Maritime Administration’s icebreaker Oden during her summer expedition to the Arctic in August 2013. Oden’s whereabouts were monitored by VTS operators in Sweden and her intended routes were known in advance.