The sensitive Baltic Sea region has one of the highest shipping intensities in the world. There are many tanker ships and crossing traffic of passenger ships and narrow passages. shipping accidents happen and may in the worst-case scenario have an extreme impact on the environment. Measures in the field of safety of navigation are needed to reduce accident risks. There is a need to improve the exchange of information between ships and between ships and shore for increased situational awareness and as a catalyst for improved safety of navigation, optimized capacity utilization and just-in-time operations.

Increased safety in the Baltic Sea

STM BALT SAFE (2019-2021) will contribute to increased safety of navigation in the Baltic Sea by providing Sea Traffic Management (STM) enabled maritime services to the tanker traffic in the Baltic. The project will address the recently amended HELCOM recommendations 34 E/2 “Further testing and development of the concept of exchange of voyage plans as well as other e-navigation solutions to enhance safety of navigation and protection of the marine environment in the Baltic Sea region”. Tanker ships will be made safer by making them STM compatible hence given the ability to send and receive voyage plans with other ships and with public authorities in Baltic Sea countries. By the STM BALT SAFE project, the institutional capacity of the public sector on supporting and developing safety of navigation services and efficiency of sustainable transport will be enhanced.

The project will build on the methods, results and the maritime service infrastructure developed in previous projects like EfficienSea II, MONALISA 2.0 and Sea Traffic Management Validation project and will encompass exchange of voyage plans and integration of STM functionalities in VTS shore centres. Services for enhanced monitoring of maritime traffic, different automatic reporting services to Ship Reporting Systems e.g. GOFREP and SOUNDREP as well as automated reporting to Maritime Single Windows, will be developed and tested in the project. Different services that optimize the ship´s voyage and decrease the administrative burden will also be developed and tested within the STM BALT SAFE.

The standard clauses for shipping are currently being developed to be efficient when using Sea Traffic Management to optimize the sea traffic. These new clauses for Charter Party contracts to enable just-in-time shipping will also be tested and validated in practice within the STM BALT SAFE.

A wide partnership around the Baltic Sea

The STM BALT SAFE project will be implemented by a Baltic Sea wide partnership of public administrations from Norway, Sweden, Finland and Estonia. The total budget amounts to appr. 4 million euro. Learn more about the STM Balt Safe project here 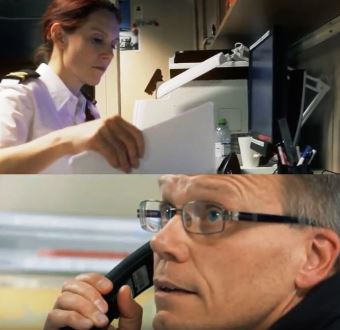 At the final conference of the Interreg BSR financed project, the audience were delighted with the results, especially with the pandemic effects in mind. Here are a few examples: 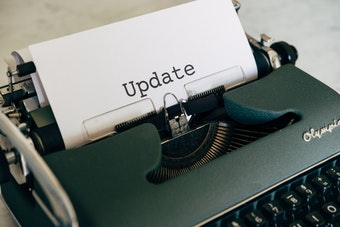 The Sea Traffic Management (STM) concept is about interoperability based on standards and a common maritime digital infrastructure. It is not surprising to see STM partners being active in and even leading standardisatio... 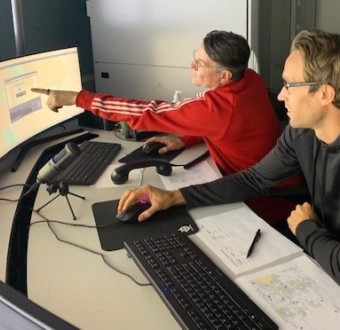 How have route sharing capabilities been put to use in Estonia, Finland, Norway and Russia? Find out how VTS operators have used new functions and handled difficult traffic situations in the simulators. The project has a...

In the STM BALT SAFE project, it is the first time we get to see a full-scale route exchange ship-VTS. Mikko Klang from Fintraffic sees the opportunities route exchange brings to the VTS: “We are about to make a cultur... 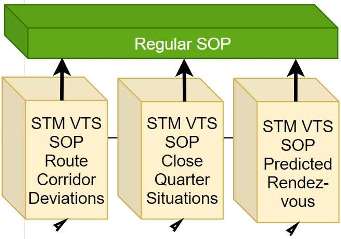 Turning new functions based on route exchange between ship and shore into VTS know-how is assisted by new guidelines for "best practice". We call them STM VTS Standard Operational Procedures (SOP) which complement the ex... 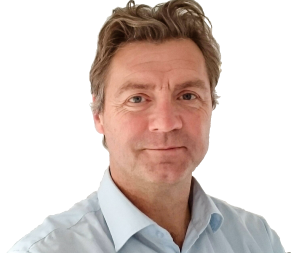 About the STM BALT SAFE project

The STM BALT SAFE project will contribute to increased safety of navigation in the Baltic Sea. Tanker ships will be made safer with STM compatibility hence given the ability to send and receive voyage plans with other ships and with public authorities in Baltic Sea countries.