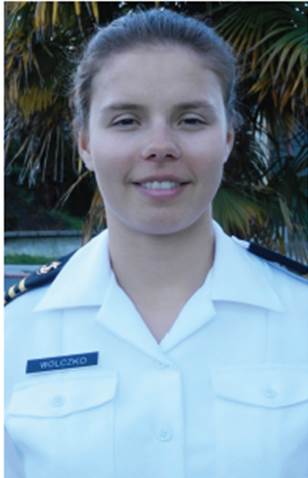 Cadet Thoughts On the MONALISA Project

MONALISA’s Sea Traffic Management system is an idea that may be a great asset to the future of the maritime industry. Using the enhance and electronic aspects of e-navigation, the intentions of this program is essentially to make communication between ships as efficient as possible, and even put to use smart phones and tablets in emergency situations involving Coast Guard search and rescue missions.

Being a part of the age of the “millennials” myself, I find it very intriguing that navigation is being altered to accommodate new age technology. With the help of maritime academies, mates are getting out into the industry younger than ever before. For example, I am in my last year at California Maritime Academy and will have a USCG unlimited third mate’s license in less than a year, and I am only twenty years old. With the type of technology my generation has been exposed to growing up, it’ll be much easier for us to understand both the networking and the electronics as opposed to somebody who grew up in an entirely different era.

This is where my interest for the MONALISA project arose. According to the videos on the website, the Sea Traffic Management system would turn what is now a “point-to-point exchange” into a “network with system wide access.” Ships would be given a distinctive voyage number which would include information such as ship’s origin, destination, cargo carried, and up-to-the-minute data about every crew member. This would be a great way for ships to share information with each other, since the current idea of “need to know” turns into “need to share.” If ships had their track lines and basic voyage plans laid out for any other ship to see, this would facilitate less animosity between bridges which would also lead to much less stress.

This system also allows the onshore coordination center to visually see if an unexpected deviation from course happens, and be in communication with bridge team of that vessel about it. Some of the system’s features include ways that the coordination center can give suggestions to vessels on alternative routes, with the final say of whether to accept or reject the suggested route being the captain’s decision. In my opinion, this seems like the coordination center would always be nagging at ships to change to a different route when the bridge team has already put in the time and effort to make the best possible route. I also think that this would add unneeded stress on shore side personnel as well, since they would be attempting to make different route suggestions and send them out to every kind of ship in the area.

An aspect of the Project that would be great to implement throughout the industry is the MONALISA ID smartcard. This card would help oncoming watch officers check in at the beginning of their watch and would include the officer’s qualifications, such as certifications, their duty status, which would be how long they’ve been awake or on duty for, and their competence.

Generally, I think the MONALISA project is a huge step in the right direction. If this kind of system were to be implemented all over the world, maritime jobs could get increasingly less stressful and more efficient. I look forward to working in an industry that will continue to better itself in the way of information exchange and enhanced navigation technique.