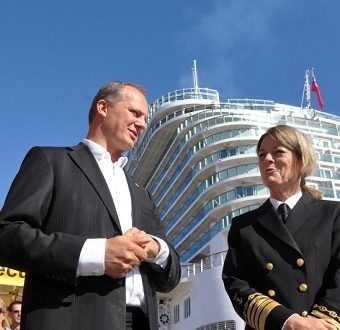 The Norwegian Minister of Transport Ketil Solvik-Olsen logged in and officially inaugurated the Port of Stavanger test bed. All actors involved in port calls share time stamps for planned and actual actions, thus helping each other to the most efficient operations possible during the call. It is collaborative decision making at its best and named PortCDM. Here together with Merete Eik, CEO of Port of Stavanger in front the Britannia, the first ship in test bed and also the venue of the launch event. Thank you, P&O Cruises for welcoming us on board! (Photo: Stein Roger Fossmo) 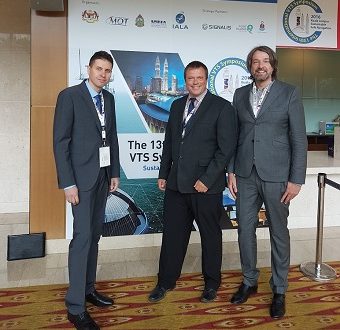 The three STM presentations were well received at the IALA-VTS Symposium. One reflection is that, things we said a couples of years ago, that were deemed controversial then, are now widely accepted. The questions we receive are rather along the line “When can we have this?”. A trend is also an accepting attitude towards traffic management where the shore side has an active role. The last reflection is that the concept of STM is not alone anymore. Initiatives across the world are trying to make VTS integrate better with the ships. Coordination is needed in order to have a global information sharing standard.