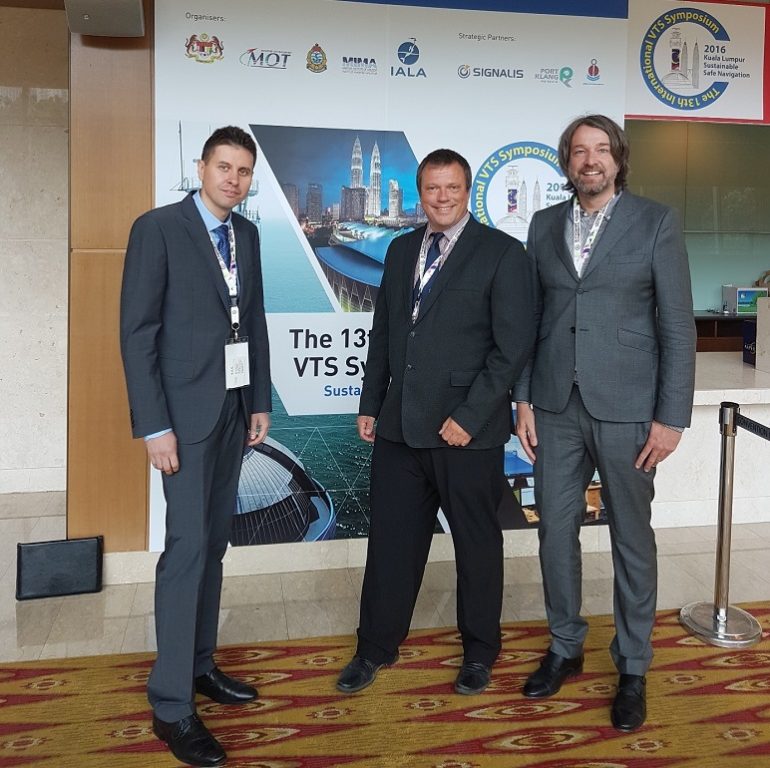 The three STM presentations were well received at the IALA-VTS Symposium. One reflection is that, things we said a couples of years ago, that were deemed controversial then, are now widely accepted. The questions we receive are rather along the line “When can we have this?”. A trend is also an accepting attitude towards traffic management where the shore side has an active role. The last reflection is that the concept of STM is not alone anymore. Initiatives across the world are trying to make VTS integrate better with the ships. Coordination is needed in order to have a global information sharing standard.

The STM Validation project had the honour of giving three presentations during the IALA VTS Symposium in Kuala Lumpur 8-12 August 2016. It was a privilege to have two presentations in the first technical session “VTS – Future Trends”.

Fredrik Karlsson of the Swedish Maritime Administration (SMA) was the first to go with “Using the Route Exchange Concept in VTS – Effects on Situation Awareness”. Things that were controversial and were met with scepticism a couple of years ago, are now widely accepted. The questions have gone from “Why?” to “When?”. One example of such a concept is the “Safe haven / ETA box” (Figure 1). It visualises the position where the ship must be to respect the ETAs of the route with help from information provided via the digital infrastructures that are being created. The size of the slot may vary depending on channel width, traffic density, cargo, manning, waters etc. The length of box may vary depending on how tight the time regime is. Green: inside box; yellow: part of ship outside box; red: ship outside box. This could be a powerful tool not only on-board but also in an VTS for de-conflicting and information sharing.

Dmitry Rostopshin, Transas, also presented in the first session: “VTS in the Age of Ubiquitous Digital Information”. The concept of a common service bus available for all actors when sharing information was appreciated, but the most encouraging signals was the interest of Traffic Control. There are many initiatives where authorities are expanding both the VTS areas and the role of the VTS centrals, the willingness to start applying more management of shipping from shore side is increasing and it is today uncontroversial to suggest various forms of traffic control. Many participants approached Dmitry afterwards and asked when these Sea Traffic Management are available – they want it now!

On the second day of the symposium Anders Johansson of SMA presented “Identifying indicators of expertise among VTS operators”. His hands-on experience and his examples of exercises lead to an interactive dialogue with an engaged audience.