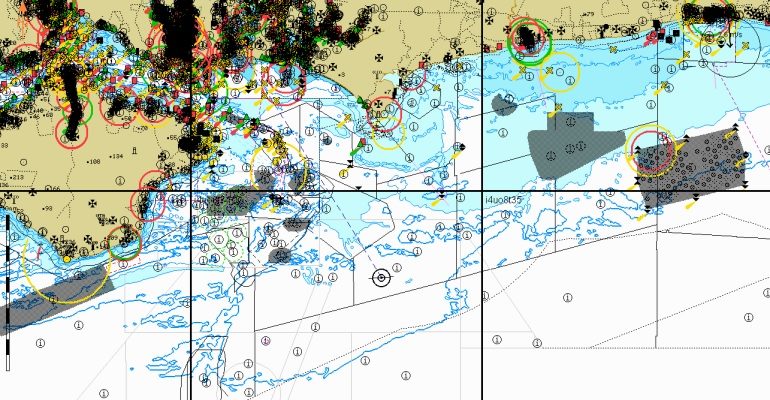 The Largest Simulation Ever

The European Maritime Simulator Network (EMSN) will be used to validate the STM concepts and services. While running a technical test to control all connections and validate two of the scenarios, it was suddenly realized that STM were running the largest civil simulation test ever. With 29 manned bridges in 10 centres.

Simulation centres in EMSN during the STM Validation Project.

The scope and purpose of the European Maritime Simulator Network (EMSN) simulations are designed to reflect the STM concept, to validate and evaluate the findings and to give input to various hypotheses and the Formal Safety Assessment developed by other activities within the project. Once developed, the simulation scenarios need to be tested and evaluated in terms of the technical functioning of the EMSN including its data logging and whether the scenarios themselves are suitable to provide data for analysis regarding the STM hypotheses.

The tests held on March 20, 2017, which were coordinated and led by Fraunhofer CML, tested the EMSN function and its data exchange including voice communication. The primary goal of the test was to ascertain that the planned scenario gives rise to several expected (planned) traffic situations where the use of STM tools may be of benefit. As no STM tools were available, the focus was instead on verifying that the scenarios provide enough data regarding e.g. traffic congestions, close-quarter situations and navigational difficulties, etc. The secondary objective was to ascertain that the scenario duration is reasonable and that the network functions throughout the period of the simulations.

The scenarios include areas in the Southern Baltic and English Channel as specified during the STM Work Camp in Berlin 2016. The areas have been built and are available for all simulation users, i.e. Kongsberg, Rheinmetall and Transas. The areas may need further development regarding objects and other details but will be sufficient to run the pilot tests.

All vessels within the exercise had an individual initial position, route and speed. The routes of all vessels terminated at individual endpoints. For each vessel, an individual ETA at the endpoint was given. Participants were asked to navigate their vessel safely from the start position along the pre-determined route and to maintain the schedule as closely as possible. When altering course for shipping, participants were expected to resume the navigation track as expeditiously as possible.