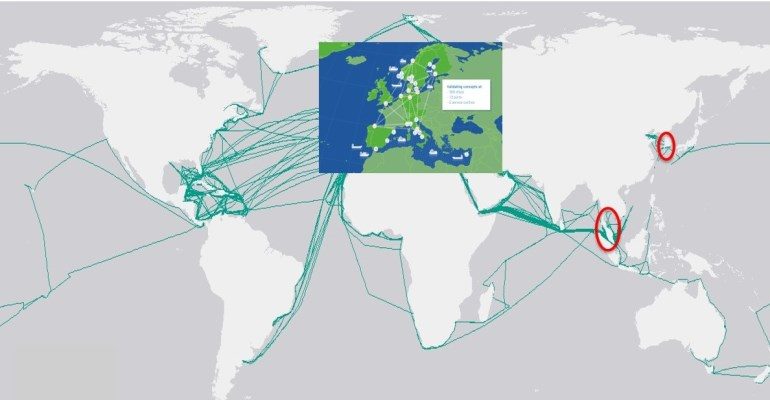 EU wants to establish an STM programme similar to the coordination practice in the aviation sector. Malaysia has started STM projects during the current year. Korea aims to merge its Smart navigation initiative, focussing on non-SOLAS vessels, e.g. fishing and workboats, with the STM SOLAS-oriented work.

Sea Traffic Management (STM) has had broad and increasing support from many countries and international organisations since implementation operations work started in 2010. One indication is the growing partnership. It started out with three partners in 2010, and the current STM Validation project has today 38 partners, 17 associate partners and 5 in the pipeline.

E-navigation is very big in the Republic of Korea. The Smart navigation project involves giants like Samsung, creating a 4G-network to be used by mariners at sea. Many of the safety incidents in Korea have involved smaller (non-SOLAS) vessels like fishing boats and thus the focus has been on them. Korea has closely monitored operations in Europe They have guest researchers at maritime institutes in Germany and Sweden, and they have accepted to assume responsibility for the Maritime Cloud from Denmark. The Korean initiative complements the STM concept, which mainly focuses on the larger SOLAS-ships.

A conference in Singapore in April 2017 featured discussions regarding different digitalisation initiatives in the region. All the STM delegates who made presentations at conference were blown away by Malaysia, who announced that they were going to start a major STM project running from 2017 to 2020.  Malaysia is impressed by the whole concept and aims to study and develop solutions for ship, ports and shore centres.

Brian Simpson, the European Coordinator for Motorways of the Sea, the maritime part of the EU “transport ministry”, wrote the following in a letter to the Swedish Minister of Enterprise and Innovation:

“Digitalisation and Traffic Management is high on my agenda for Motorways of the Sea. The Detailed Implementation Plan for Motorways of the Sea highlighted the concept of Sea Traffic Management, which is currently validated in the STM Validation Project in a large triple-helix partnership, coordinated by Sweden and the Swedish Maritime Administration.