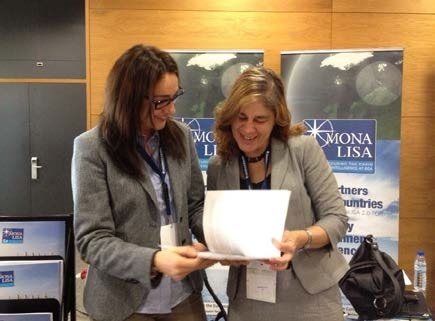 Following the events occurred after the first Lisbon Atlantic Conference (LAC), which took place two years ago, and where the European Commission officially announced the EU Maritime Strategy for the Atlantic Area, this event offered a unique chance to look at a streamlined vision for the Atlantic addressing blue growth and sustainability, boosted by two years of stocktaking outreach in mobilizing and engaging Member States, regions, municipalities, the science community and the business sector, together with an unprecedented intercontinental cooperation engagement.

The two-day event was organized by the Ministry of Agriculture and Sea and the city of Lisbon and supported by three Portuguese business associations: Entrepreneurs Forum for Sea Economy, Oceano XXI – Sea Knowledge and Economy Cluster and EnergyIN – Competitiveness and Technology Cluster for Energy.

LAC 2013 provided not just a “peer review” kind of perception for the audience about the progresses made so far, but, most of all, an important moment to identify future opportunities in the framework of the EU and National Ocean Strategies and dedicated Action Plans, with the aim at achieving an intelligent, sustainable and inclusive growth within the Atlantic Ocean and its coastal zones. These, included the alignment needs between EU, Member States and its regional and local action plans, and the preparation of the future Member States Operational Programs and the EU Territorial Cooperation Programs,within the scope of the European Structural and Investment Funds 2014-2020, and beyond, to ensure that blue growth research and innovation requirements are well addressed in the societal challenges covered by Horizon 2020.

This conference also provided a setting to gather European Member States and Atlantic neighboring States from the American and African Continents.

The MONALISA stand was popular

The Conference was held on 4th and 5th December in Lisbon, Portugal. Monalisa 2.0 was first presented to the Portuguese Government in September 2013. They showed a high interest in our project, and intended to attend our kick off meeting, but finally they were unable to attend it. Shortly before the LAC2013, Olga Delgado, representative from Technical University of Catalonia, met again the Portuguese Government to explain them Monalisa 2.0 project in further detail after the kick off meeting. Due to the relevance of the project, they offered us a stand to disseminate Monalisa 2.0. Despite there was no time to include a presentation of ML2 in the Conference Program, we convinced Dr. Margarida Couto, the moderator of the Roundtable Technology, Research and Innovation, to include a brief presentation of our project. She was very impressed with ML2 and expressed the relevance of our project for the safety, efficiency and environment within the blue growth frame, not only in Europe, but globally.

The moderator of the conference, Margarida Couto

In our stand Delegates and Participants could see the project videos, pick up the project brochures and receive the explanations on what is MONALISA and“how this project will Change the World”. After the brief introduction in the Roundtable, a flood of people interested in our Project came to the stand for further information. The Project was presented to stakeholders from several sectors from Portugal France, UK, Ireland, Netherlands, Germany, Spain, Cape Verde, Angola, Senegal, South Africa, Colombia, Panama, Brazil, USA and Canada, running out of brochures before the end of the event.

The Organizers of the Conference, as well as their supporters Entrepreneurs Forum for Sea Economy, Oceano XXI and EnergyIN agreed to publish in their websites a press release of our project explaining its contribution to Atlantic’s Blue Growth.

Carlos Medeiros, the Director of Jacques Delors European Information Center agreed to publish a press release of our project using all their channels to disseminate information within the European Union.