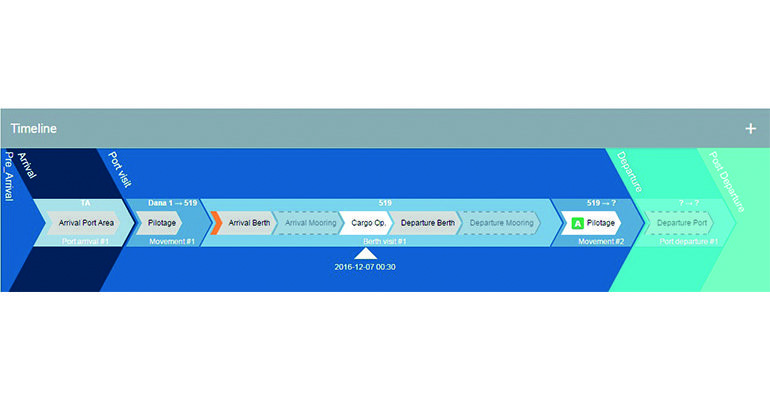 The main objective of PortCDM is to enhance coordination among port call actors. By sharing their time stamp data related to port calls, information will be available for actors to utilize in real time. This will facilitate just-in-time arrivals, increase predictability, berth productivity, punctuality, reduce waiting and anchoring times and boost resource utilization. Moreover, the number of phone calls will be significantly reduced, resulting in reduced administrative burden. In the STM Validation Project, the PortCDM concept will be tested and validated in 13 ports throughout Europe.

Anders Berg works for the Swedish Maritime Administration (SMA), mainly with the Swedish ports (Port of Gothenburg and Kvarken Ports) within the STM Validation Project. RISE Viktoria is leading the PortCDM work, with Anders as the SMA representative.

Anders, tell me the news regarding PortCDM

The initial year has passed and the first iteration is over. The ports involved have made progress in many respects; defining information to exchange and share, developing connectors to allow automatic information exchange, setting up technical infrastructure and a number of front-ends up, conducting validation through focus month. Where port call actors provide their respective data, more exact time stamps for their planned and actual actions. The PortCDM front-end – referred to as PACT and developed by HiQ, subscribes to information services provided by the PortCDM back-end. The participating actors share their time stamp data either automatically from their own operational system or manually shared via PortCDM front-end applications, in the absence of an automatic connector.

Who uses PortCDM and who benefits from the service?

The beneficiaries are, of course, all the port call actors, such as ship agents, pilotage companies, port control, terminals, towage companies etc. By sharing their intentions and completions, both planned and actual, all contribute to a shared situational awareness.

The major added value with PortCDM is the exchange of time stamp information between the ports and the ships. This will facilitate just-in-time arrivals and contribute to eliminating idle times for resources connected to port call operations. An example is when a pilot has to wait onboard a ship for the terminal to complete cargo operations because of a lack of accurate information. By having accurate data on the departure, the pilot can arrive just-in-time for the assignment and thereby achieve enhanced resource utilization.

Can you tell me one of the concrete savings for the actors?

Anders answers this question with an example from the ongoing focus month in the Port of Gothenburg.

Pictures are taken from the front-end application PACT (PortcallActorCoordinationTool) and developed for the Project by HiQ to visualize how the information exchange can present a common situational awareness based on shared data from the actors involved.

The state update in this case was Estimate for Cargo Operations Completed, which the terminal updated to 4 pm and added a comment below that stated “Vessel ready to sail at approximately 8 pm”.

A few hours afterwards, the other actors updated their own systems (GatShip, Single Window and PortIT) and ultimately shared a state update via PortCDM for Departure Vessel Berth at – guess what? – 8 pm!

In this case, multiple phone calls were avoided. The port call actors did not have to call each other to hunt for information. The information was instead made available by the terminal for viewing in real time. The terminal received confirmation and a common situational awareness regarding the state Departure Vessel Berth was a fact.

What does this mean for STM?

PortCDM contributes to STM by synchronizing, optimizing, monitoring and improving port calls. By doing that, a Recommended Time of Arrival can be provided to the ship, which in turn, can adjust speed to arrive just in time. In the bargain, you save bunker. Coordinating the ship´s arrival to align with the readiness of the port is the ultimate goal according to Anders.

What is the next step for PortCDM?

In the Port of Gothenburg, Living Labs have been arranged regularly since autumn 2014. Kvarken Ports will again conduct a focus month in February/March, including Ice Breaking Services in PortCDM. It is the only port in the STM Validation Project with ice conditions during the winter.

The other ports across Europe will continue the process of validating the PortCDM concept, much like the Swedish ports included in the project, involving more actors, validating new functionalities and further developing the technical infrastructure with higher degree of connectivity etc.

Living Lab – An arena for port call actors to meet regularly (every other week in Gothenburg) with the purpose of reflecting on how to enhance collaboration for enhanced coordination of port call operations. The Living Lab participants assist in facilitating the development of PortCDM in respective port.

Focus Month – A period of time when certain aspects of PortCDM are studied in an authentic setting by the port-call actors validating the PortCDM concept using the PortCDM platform as part of their daily operations.

Automatic connector – A connection between an operational system and the PortCDM platform to share information automatically and in real time.