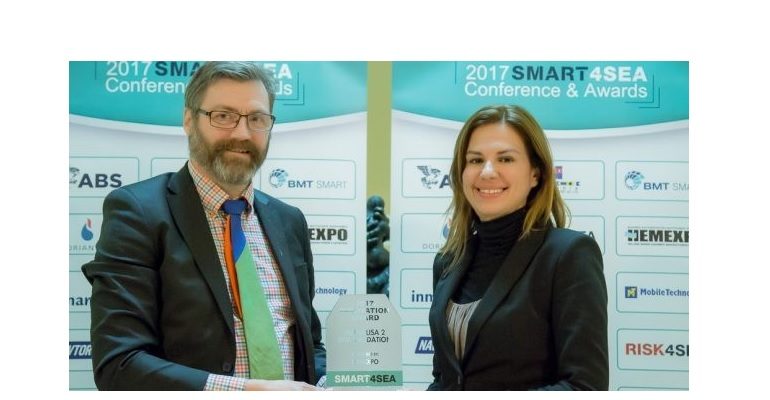 Sea Traffic Management (STM) was the number one popular choice when the SMART4SEA Innovation Award was presented on 31 January in Athens. The industry believes in the benefit coming from improved services in a digitised and standardised maritime world. This was reflected in the vote for STM.

The Greek publishing group has a lengthy tradition of presenting awards in the shipping industry. Their “4SEA”-media platforms are renowned internationally, and reach all national maritime actors in the perhaps largest shipping country in the world, Greece. Three awards were presented at SMART4SEA, with Inmarsat Maritime and Transas winning the other two. STM is in good Company in its efforts to move the industry forward.

Juries decide many awards, but the SMART4SEA awards are based on online votes. This shows that industry peers really appreciate STM and support its progress. The sponsor, HEMEXPO, noted the collaborative approach, the huge potential in improved safety and fuel savings, and the solid testing procedures when introducing the winner, STM.

“It is an honour just to be nominated. And I really want to congratulate the other nominees, Kongsberg Maritime, Laros by Prisma Electronics, Marine Traffic and North of England P&I Club, and hope to cooperate with those innovative organisations in the future!”, said Ulf Siwe, Communications Officer for the STM Validation Project in his acceptance speech.

Mr. Apostolos Belokas, Founder and Managing Editor of SAFETY4SEA, the host of the event, which attracted 460 delegates from 15 countries, commented: “Nowadays, smart shipping has created a revolution in maritime navigation; we cannot imagine living in a world without information. This project successfully provides real-time information, resulting in transparency and operational efficiency.’’