The European Union and all its member countries submitted a paper on digital exchange of vessel route plans that can lead to increased safety, reduced administrative burden and more efficient operations, combined with reduced environmental impact. It is an important building block in IMOs Maritime Services to achieve massive fuel and emissions savings through just-in-time arrivals.

For the traffic coordination 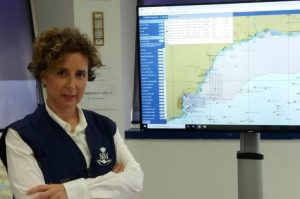 centres on shore, the VTS, route exchange can make a big difference.  Eva Ordóñez Venero, VTS operator, SASEMAR, Tarifa, Spain, says, “Having the planned route of the ships in advance will create a paradigm shift for VTS. It is as big as the introduction of AIS. We will be able to work more proactively. Instead of basing my idea of the ships’ future courses on my experience of historic behaviour, I will know the ships’ intentions and I can act more timely and decisively. The interaction with the ships will lead to less confusion since we have a shared situational awareness. I have used the functions for test ships in the STM Validation project, one of the world’s largest test beds for e-Navigation, funded by the EU. I long for a day when all ships are sharing their routes. “

A corner stone for maritime digitalization

The INF MSC103-paper presents the intended proposal to amend the ECDIS Performance Standards to facilitate a standardized digital exchange of vessels´ route plans. In order for the maritime industry to realize the potential benefits of digitalization, the solutions need to be interoperable. This means that maritime actors will be able to exchange information flawlessly since all solutions uses the same standardized data format AND the same standardized way to exchange the data in a secure way. 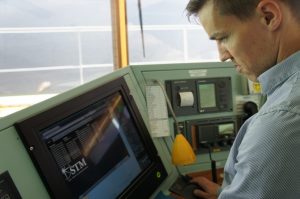 Björn Andreasson, Research & Innovation Coordinator, Swedish Maritime Administration, main author of the paper explains more, “The paper is an information paper to IMO. In it, we describe the proven benefits of route plan exchange from the EU financed EfficienSea2 and STM Validation projects and the Norwegian/Singaporean SESAME Straits project. The paper also covers the underlying standards and how the proposal can be adopted with minimal costs for the industry. The next step is submitting an output proposal to the IMO Maritime Safety Committee 104th meeting, resulting in a new work item in the committee’s work programme.  Updating the standards will create a technical foundation and stability for expansion of digital route plan exchange capability. The more ships that adopt the standards the greater the benefits for all involved.”