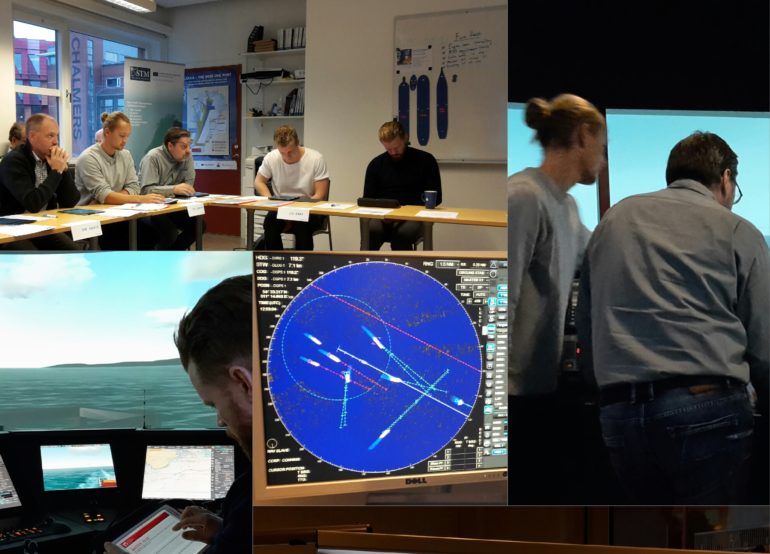 During November the first STM-baseline simulations in the European Maritime Simulator Network took place. 28 bridges were manned with professional mariners from all over Europe and they interacted in two scenarios taking place in the Southern Baltic and the English Channel.

The week of exercises was the first of four weeks that will be collecting data for the analysis and evaluation of the new Sea Traffic Management (STM) services being developed and tested within the STM Validation Project. Simulator centres in Norway, Finland, Sweden, Germany, the Netherlands Great Britain and Spain took part. The bridges were manned with professional mariners such as Georgios Georgopoulos, currently chief officer at Blue Star Ferries. He travelled from Greece to Gothenburg, Sweden to participate in the Swedish Maritime Administration´s and Chalmers University of Technology´s simulators.

“I am interested in new technology related to my profession and want to be a part of the future so therefore I applied to participate in EMSN. I had just signed off my shift on board and travelled directly to Sweden. It has been a good experience to participate and get a picture of another part of the industry. This first exercise was fairly easy but the second one more complicated due to the amount of traffic. 28 ships participated in the exercise, that made it realistic!”

These baseline simulations gather data about the interaction, behaviour and stress level of the participating personnel and the gathered data will then be compared with future scenarios including STM services to evaluate what impact such services have on safety and behaviour. One more baseline scenario week will be held in February followed by two weeks of exercises with the new STM services in March and June.

Are you a professional mariner and want to participate in the European Maritime Simulator Network? There are still spots available. Read more and apply to EMSN.